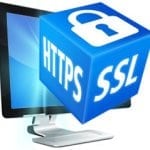 We use the industry standard security protocol Secure Sockets Layer (SSL) to encode sensitive information like your credit card number that passes between you and our company. SSL works by creating a temporary, shared “key” (sort of a digital code book) that lets only the computers on either end of a transmission scramble and unscramble information. To anyone between the sender and the receiver including all the servers that may relay the message the SSL transmission is indecipherable gibberish. We feel SSL makes ordering online just as secure as using your credit cards anywhere else. In fact, after thousands of online transactions worth millions of dollars, none of our clients have ever reported misappropriation of a credit card number protected by SSL technology.

The legal department does not like when we speak in absolutes, but SSL makes your online purchases extremely safe. The way to break an SSL encryption is with brute force by intercepting the encrypted message containing your credit card number, recording it and then use a computer to try every possible combination until the master key is cracked. To combat even that approach, most keys range from 40 to 1,024 digits long (each digit is either a 1 or a 0). As the number of digits in the key gets longer, the number of possible combinations grows into the trillions. Therefore, the longer the key is the more secure it is. We believe strongly in the safety of SSL. Encryption technology continues to evolve, however, so we will continuously review ways to improve security, including new, even more bulletproof encryption methods.